What are Uterine Fibroids?

Uterine fibroids are smooth, muscular tumors that form on the interior walls of the uterus. These growths appear during women’s childbearing years, and are so common that 30% of all women develop them by age 35, and as many as 70% to 80% of women develop them by age 50. Fortunately, these fibroids are non-cancerous, and do not increase a woman’s chances of developing uterine cancer.

What is Uterine Fibroid Embolization (UFE)?

In the past, traditional treatment of uterine fibroids has involved hysterectomy (surgical removal of the uterus) or other forms of treatment that left the women incapable of becoming pregnant. At ECCO, we prefer a safer, gentler, minimally-invasive procedure called Uterine Fibroid Embolization, or UFE.

During this procedure, your interventional radiologist introduces a thin catheter into the arteries that feed the fibroids, pinpointing their exact location via X-ray fluoroscopy. The doctor then injects a solution of embolizing particles into the arteries to close them, which causes the fibroids they feed to shrink and die.

The UFE procedure is performed in our office-based laboratory on an outpatient basis. Because there are no incisions, there are few risks from the procedure itself, and the lack of trauma to the uterus means that you may retain your ability to become pregnant, if you so choose. Most patients report significant reductions of their reported symptoms, often as quickly as the next menstrual cycle.

What is the best treatment for Uterine Fibroids?

This is a subject for debate as there are multiple effective options. Total hysterectomy is the most effective at relieving symptoms of uterine fibroids because the entire uterus is removed. It also happens to be the highest risk procedure with the longest recovery, and not a good option for those that still want to have children.

Myomectomy is another surgical option where the surgeon removes the fibroids only, leaving the uterus intact. This surgery is not as effective as hysterectomy at relieving symptoms, but still carries all the risks of surgery (bleeding, infection, longer recovery, requires general anesthesia). Also, symptoms are related to fibroid location in the uterus, so if the fibroid causing bleeding or pain is not removed or missed altogether (as does happen), then a needless surgery was performed. Symptoms can also recur if new fibroids develop.

UFE has large volumes of data showing it is as effective as surgery, and more effective than myomectomy in some cases. There is also significantly less risk and shorter recovery time than surgical options. An added bonus is that it doesn’t need to be done in a hospital.

What are the most common causes of Uterine Fibroids?

Uterine fibroids are associated with multiple pregnancies, obesity, ethnicity (more common in African Americans than other racial groups), and genetic factors. They are caused by cyclical overstimulation of the uterine musculature by estrogen and progesterone.

What are the symptoms of Uterine Fibroids?

Symptoms range from mild to severe. Constant or cyclical pelvic pain, heavy menstrual bleeding, and/or abnormal or prolonged periods are the most common symptoms. In some instances, the fibroids can lay on top of the urinary bladder, not allowing it to fill completely and causing urinary frequency. In rare cases, a fibroid can push on the ureter (tube connecting the kidney to the bladder), blocking the flow of urine into the bladder, causing kidney dysfunction. If you think you have uterine fibroids, take our quiz to see if your symptoms fit with this condition. Research treatment options and see if there is one that interests you the most. Talk with your primary care physician about getting you to the appropriate specialist. Or call to set up an appointment with one of our ECCO Medical physicians.

How is this procedure performed?

UFE is performed at ECCO Medical’s endovascular clinic. It is done as an outpatient. Patients do not need general anesthesia for this procedure. We use moderate sedation to keep patients comfortable throughout the treatment. It typically takes about 1-1.5 hours, with an hour of recovery afterwards.

A needle is inserted into an artery in the left wrist using ultrasound-guidance to progress with the Uterine artery embolization procedure. A tiny wire is then threaded through that needle into the artery under X-ray guidance. That wire is then maneuvered down to the pelvis. Dye that can be seen on X-ray is injected into the pelvic arteries to identify the uterine artery. The wire is then advanced into the uterine artery. A tiny, specialized tube called a microcatheter is then advanced over the wire into the artery. Uterine artery embolization is then performed by injecting tiny beads into the vessels feeding the fibroids. These beads clump together and lodge in the capillary beds of the fibroids, cutting off their blood supply and causing them to shrink or disappear altogether.

What Patients are saying about Women’s Health ...

They had me laughing 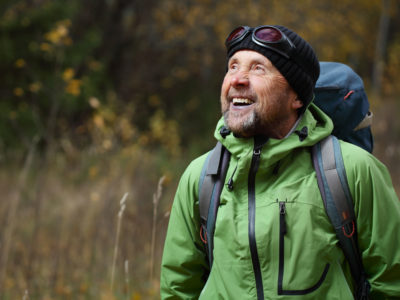 November brings to mind everything from a chill in the air (or snow, if you’re in Colorado) and family gatherings to warm beverages and big meals. But … END_OF_DOCUMENT_TOKEN_TO_BE_REPLACED 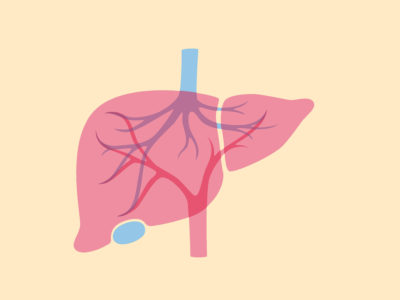 When it comes to cancer, there are four pathways available for treatment: chemotherapy/biologics, radiation, surgery, and non-surgical intervention. … END_OF_DOCUMENT_TOKEN_TO_BE_REPLACED 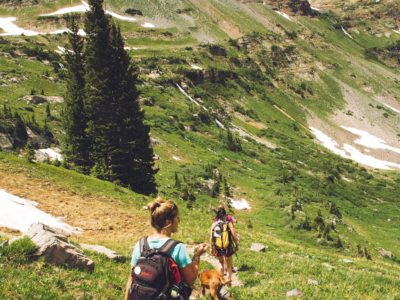 October is synonymous with Breast Cancer Awareness Month, pink and women owning their health through early screening and detection. While endovascular … END_OF_DOCUMENT_TOKEN_TO_BE_REPLACED