At Endovascular Consultants of Colorado (ECCO), we are aware that our reputation as being the best peripheral arterial disease specialists in Colorado comes with a responsibility to educate the public about medical conditions that most people don’t know very much about.

So in this series of three blog posts, we’re going to focus on peripheral arterial disease, or PAD In this first article, we’ll explain how common PAD is, and what the impact of this is. In the two follow-up articles, we’ll explain more about how PAD is diagnosed and treated.

Peripheral arterial disease is MUCH more common than you think Some 1 in 20 Americans over 50 has PAD — that’s 8 to 12 million people. Worldwide, PAD affects over 200 million people, 6 times more than have HIV.

PAD is as serious and as potentially life-threatening as coronary artery disease (CAD). Blockages in the arteries of your legs are often the first signs of a major health problem. Patients often mistake fatigue and cramping leg pain symptoms as “normal signs of aging,” so the condition is seriously underreported. At the same time, the disease is often underdiagnosed by physicians who fail to check for it, even in patients who have other circulatory or cardiology problems.

Thus, PAD often exists “under the radar” and is not detected until it develops into critical limb ischemia and severe arterial blockages. This has resulted in a shocking 23% increase in PAD cases worldwide in the last decade.

What exactly is PAD?
Peripheral arterial disease occurs when your arteries become clogged with fatty deposits (plaque). Cholesterol and other fats circulating in the blood collect in the arteries supplying blood to your extremities.

The plaque adheres to the arterial walls, narrowing them, reducing the flow of blood. This process is referred to as atherosclerosis, or “hardening of the arteries.” If the plaque becomes inflamed, it can cause a blood clot, further narrowing the artery or completely blocking it.

The health risks of having PAD
Untreated PAD can lead to difficulty walking, which has been directly linked to life expectancy. PAD also significantly increases your risk of heart attack, stroke, and transient ischemic attack (TIA). Recent studies have shown that:

Finally, in its most severe stages, PAD can reduce circulation to your extremities so much that it results in gangrene, which can lead to leg or foot amputation. PAD is the leading cause of lower limb amputation.

To find out more about PAD, read parts 2 and 3 of this series. In the meantime, if you have questions about whether you are at risk, give the best peripheral arterial disease specialists in Colorado a call at 720-250-9799 or go online to schedule an appointment. Our PAD specialists are happy to help you. 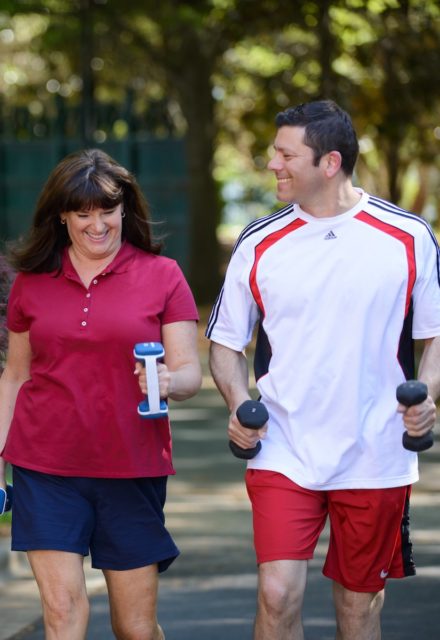 Kyphoplasty is a procedure that is used to fix compression fractures commonly associated with osteopenia/osteoporosis. It helps to relieve pain, … END_OF_DOCUMENT_TOKEN_TO_BE_REPLACED

Dr. Charles Nutting has been at the forefront of interventional radiology since he began practicing over 25 years ago. He is internationally … END_OF_DOCUMENT_TOKEN_TO_BE_REPLACED